Added to wishlistRemoved from wishlist 0
Add to compare

Added to wishlistRemoved from wishlist 0
Add to compare
$35.00 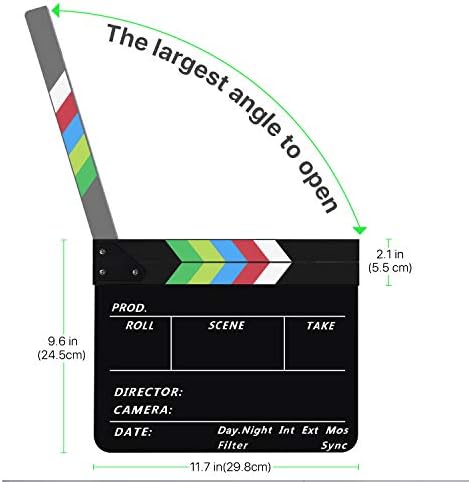 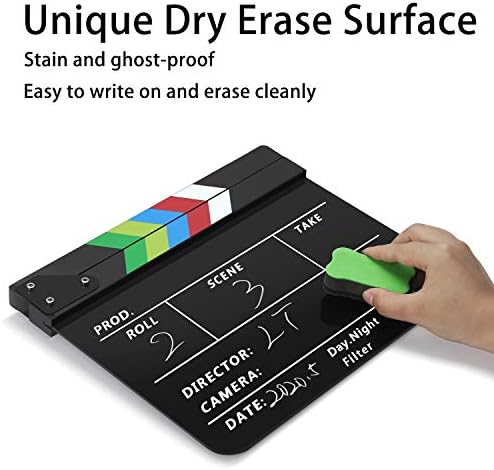 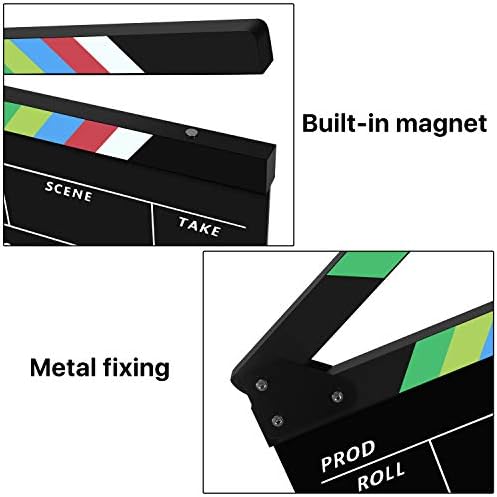 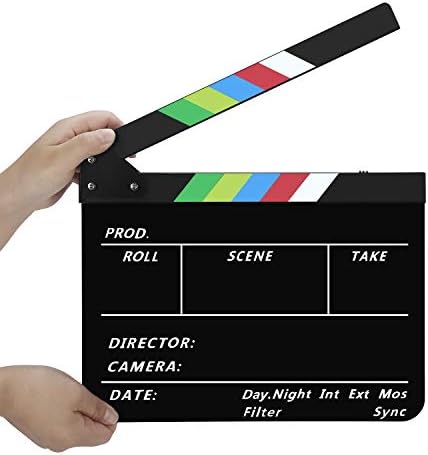 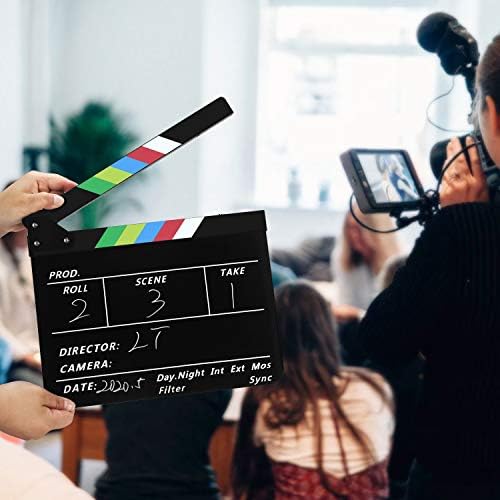 A clapperboard is a device used in filmmaking and video production to assist in the synchronizing of picture and sound, and to designate and mark particular scenes and takes recorded during a production. The sharp “clap” noise that the clapperboard makes can be identified easily on the audio track, and the shutting of the clapstick can be identified easily on the separate visual track. The two tracks can then be precisely synchronised by matching the sound and movement. The clapperboard, clapboard slate or film slate is the combination of the chalkboard slate that holds information identifying the next scene and the clapstick which is used to align sound and picture.
The film clapboard is a production slate made of white acrylic and designed to be used with dry erase markers. A cost-effective production tool that’s especially useful in sync sound productions–whether video, film, or dual-system DSLR–the slate comes with standard-size colorful clapper sticks and has a writing surface of 9.85 x 11.8″/25x30cm.
Specification:

Clap-strip, special design and powerful enough to avoid crack
Built-in magnetic stripe, professional and resonant while being clapped
Computer-graved and with printings non-lose. English version, beautiful and stable
The film clapboard is a production slate made of white acrylic and designed to be used with dry erase markers
Organic(Acrylic) material and non-wood produced, easy to be written or cleaned. Great kit for film shooting, directors or movie fans

There are no reviews yet.

Buy Now
About us

gadgetguys.ca  is a participant in the Amazon Services LLC Associates Program, an affiliate advertising program designed to provide a means for sites to earn advertising fees by advertising and linking to Amazon.com

For customers
For vendors
Subscribe Here for weekly News

We use cookies on our website to give you the most relevant experience by remembering your preferences and repeat visits. By clicking “Accept”, you consent to the use of ALL the cookies.
Cookie settingsACCEPT
Manage consent

This website uses cookies to improve your experience while you navigate through the website. Out of these, the cookies that are categorized as necessary are stored on your browser as they are essential for the working of basic functionalities of the website. We also use third-party cookies that help us analyze and understand how you use this website. These cookies will be stored in your browser only with your consent. You also have the option to opt-out of these cookies. But opting out of some of these cookies may affect your browsing experience.
Necessary Always Enabled
Necessary cookies are absolutely essential for the website to function properly. This category only includes cookies that ensures basic functionalities and security features of the website. These cookies do not store any personal information.
Non-necessary
Any cookies that may not be particularly necessary for the website to function and is used specifically to collect user personal data via analytics, ads, other embedded contents are termed as non-necessary cookies. It is mandatory to procure user consent prior to running these cookies on your website.
SAVE & ACCEPT